The Martha property (“Martha”) is located in the Province of Santa Cruz, Argentina. The closest community is the town of Gobernador Gregores, situated approximately 50 road kilometers (km) to the west-southwest of Martha. The property is the site of past exploration for, and surface and underground mining and recovery of, silver and gold from epithermal veins and vein breccias, previously built and operated by Coeur Mining Inc. (formerly, Coeur d’Alene Mines Corp.) and Yamana Gold Inc. 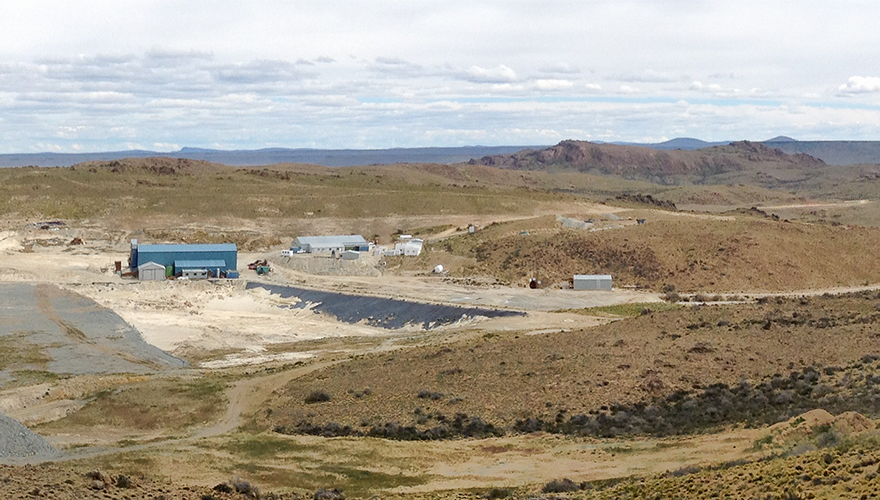 Royal Gold Inc. holds a 2% Net Smelter Return (NSR) royalty on all production from the Martha property; the obligation for which transferred from Hunt to Patagonia Gold. In addition, the provincial government holds a 3% pit-head royalty from future production.

In January 2017, following reconditioning of the mill, the Company restarted production from remnant blocks of silver and gold mineralization in the Martha vein. The mill has a proven capacity of 240 tonnes per day but is currently processing an average of 120 tonnes per day to produce high-grade concentrate. In addition, the Company had been verifying historic mineralization on these and other proximal structures with its own programs of trenching and drilling and identified an extension of the Martha vein (“Martha West”), which was mined by shallow pit methods in 2017.

During its period of ownership, Hunt extracted over 26,000 tonnes of mineralized material from Martha grading 1.01 g/t Au and 771 g/t Ag and processed that material at the Martha mill. Concentrates were sold to a third party concentrate trading company (Ocean Partners USA Inc.). Concentrate assays were produced at the Martha mill and checked by Alex Stewart International (ASI), an independent, certified commercial laboratory with local facilities in Mendoza and Buenos Aires, Argentina.