El Gateado forms a contiguous land block on the eastern edge of the La Josefina property. Its mineral rights total 15,700 hectares (157 square kilometers or 15,700 acres) and is wholly-owned by Cerro Cazador SA (“CCSA”), a subsidiary of Patagonia Gold. 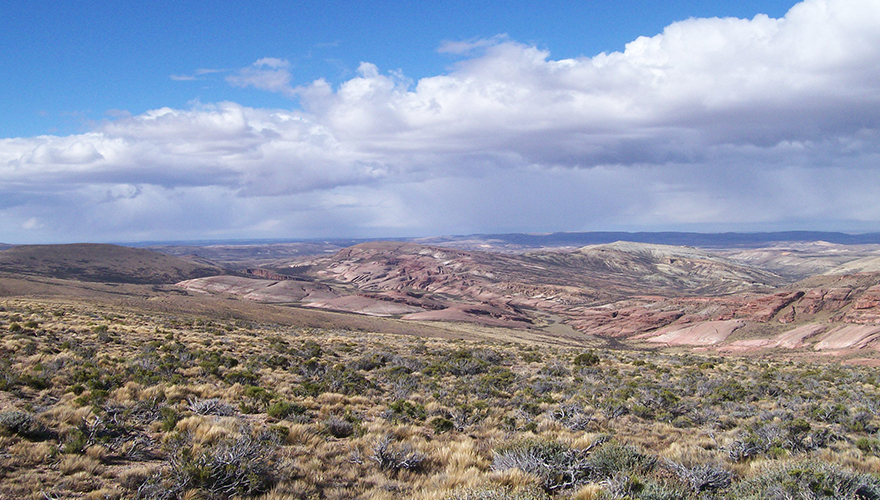 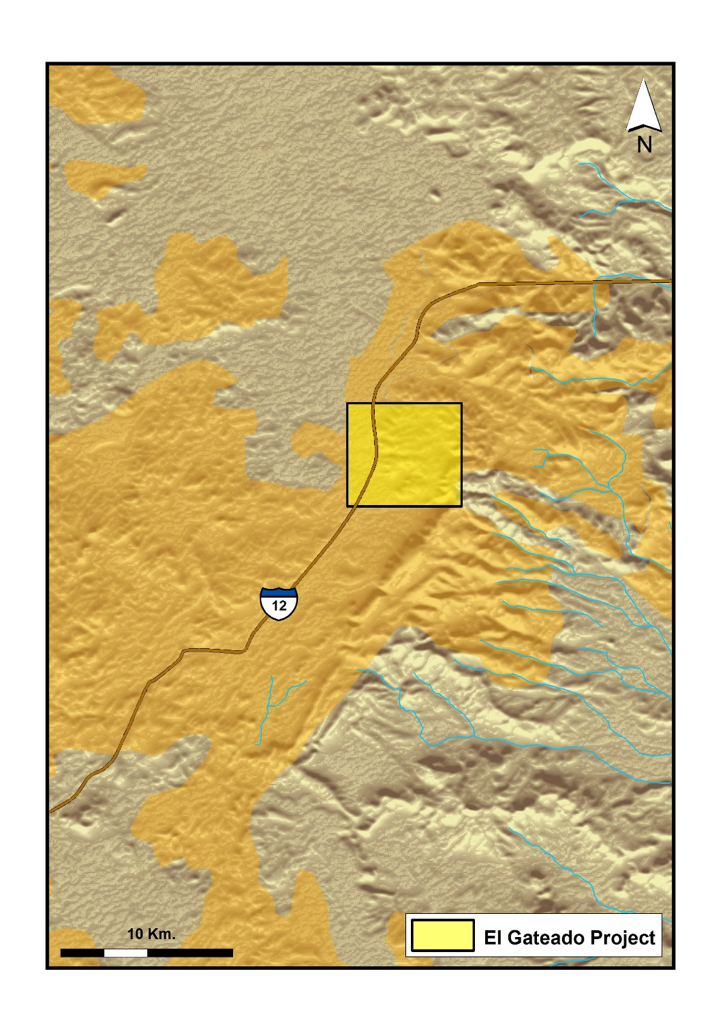 The El Gateado land block shares the same general geology as all of the other Santa Cruz properties controlled by the company. The gold-silver mineralization found at El Gateado is hosted by rhyolitic volcanics of the Chon Aike Formation, which is the host for most other mineral occurrences found throughout the Deseado Massif. The type of mineralization and alteration observed can be characterised as low sulfidation, epithermal. Gold and silver occur in vein systems localized in structures, often more than a meter wide and variable in length. They are comprised of veins, stockworks, and breccias, rich in silica with some calcite. The majority of the exposed veins seen on the property are steeply-dipping (>60°) to sub-vertical. The textures and other characteristics reported for these veins are indicative of high-level systems. This suggests gold-silver mineralization in the veins could extend well below the depths tested by the drilling done to date.

Prior to the work done by CCSA staff, there is no record or indication that any precious metal exploration was ever carried-out on the El Gateado block. Immediately after securing the concessions, the Company began reconnaissance exploration fieldwork. This work included systematic outcrop channel sampling, a topographic survey, and the staking of a control grid for detailed geologic mapping. When the initial sampling results were received, the presence of a strong, gold-bearing, epithermal system was confirmed. The program totaled 1,561.7 meters drilled in 13 widely spaced HQ diamond core holes.

The Company intends to build with advanced exploration at El Gateado in conjunction with both La Josefina and La Valenciana. Continued exploration to assist in defining a potential mineral resource hosted on a large gold-bearing epithermal system.