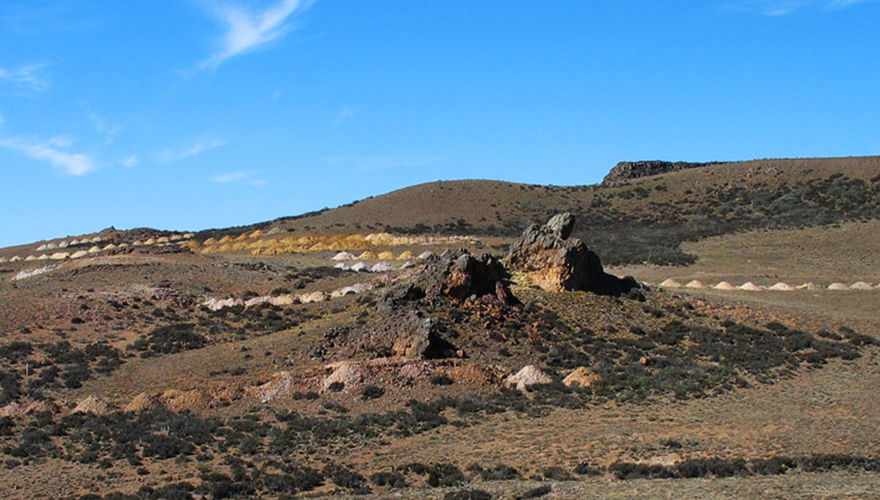 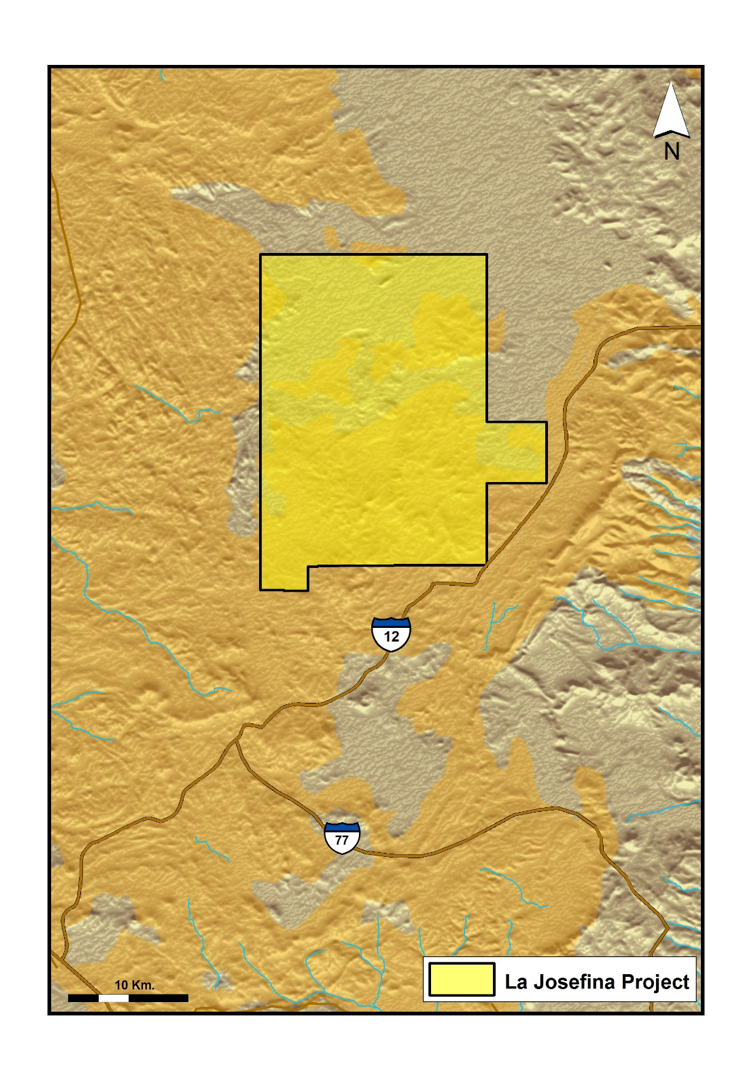 Geology of La Josefina Project, within the Deseado Massif, is characterized by abundant middle-to late-Jurassic Age volcanic and volcaniclastic rock units. The units are dominated by rhyolitic to rhyodacitic ignimbrite flows and lava domes together with subordinate agglomerates, volcanic breccias and tuffs with minor basalts, andesites and volcanic agglomerates intercalated upward with mafic tuffs, conglomerates and sediments.

Since Jurassic time, the rocks have been cut by normal faults of several different orientations. In general, the Jurassic rocks remain relatively undeformed and remain flat to gently dipping, except locally where close to faults, volcanic domes or similar features. Thin Quaternary Age basalt flows conceal about half of the Jurassic Age rocks on the La Josefina project.

The type of mineralization and alteration styles present across the project area are classified as low to intermediate sulfidation, epithermal in character. 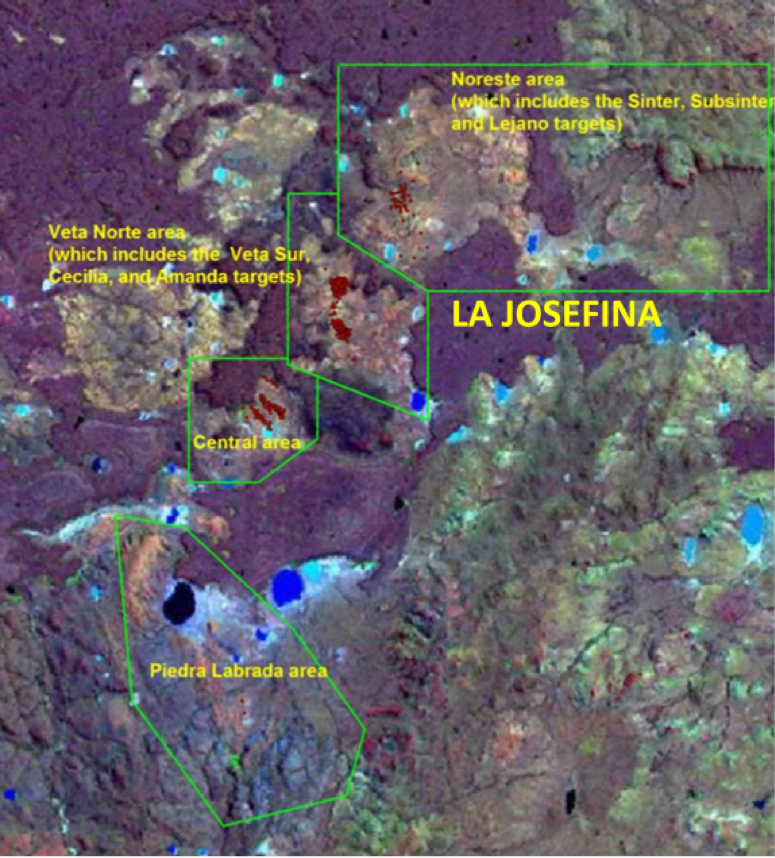 Gold and silver occur in vein systems localized in structures, often a meter or more wide and hundreds of meters long. They are comprised of quartz veins, stockworks and breccias that carry gold, silver, electrum and some sulfides, primarily pyrite with lessor amounts of base metal sulfides.

Mineralization is commonly zoned vertically over a few to several hundred meters from a gold and silver rich top to a relatively silver-rich zone with increasing base metals at depth. Vein textures include open spaces with evidence of multiple generations of quartz, reflected as finely banded “colloform” textures.

One area is noteworthy for the “sinter” type epithermal mineralization found there. Here precious metals are located both within bonanza-grade “pipe-like” feeder-breccia zones and lower grade strata-bound mineralization disbursed throughout, and directly below, the near surface sinters.

The gold, silver and base metal mineralization at La Josefina is hosted by rhyolitic volcanics of the Chon Aike Formation, which is the host for most mineral occurrences found throughout the Deseado Massif. With one possible exception the mineralization is a variation of classic, structurally-controlled low-sulfidation epithermal fissure-vein systems with minor amounts of sulfide minerals and alteration primarily silicification, (argillization and sericitization). The one exception, the Sinter target, is a siliceous exhalite, within water-lain tuff, related to fossil hot spring activity.

Nearly all of the vein systems at La Josefina are steeply-dipping (>60°) to sub-vertical. The textures and other characteristics reported for these veins are indicative of low to intermediate sulfidation, epithermal systems. This suggests gold-silver mineralization in many veins should extend below the depths tested by the drilling done to date.

Previous exploration valued at $2.8 million was conducted over a thirteen year period by FOMICRUZ and Minamérica including 8,000 surface samples, 3,900 meters of trenching, and 4,100 meters of shallow core drilling. The historical exploration work completed by Fomicruz and Minamérica defined four general target areas in the La Josefina Project as Noreste, Veta Norte, Central, and Piedra Labrada.

The ​known mineralized zones at La Josefina remain open ​for expansion – both at depth and along strike. ​In addition, potential to discover new mineralization, under post-mineral cover or in new geologic settings is considered good as most of the prior exploration has been conducted on or near known mineralized zones.