Patagonia Gold is a mining and exploration company with the primary objective of increasing shareholder value through acquisition, exploration and development of gold and silver projects in the southern region of Argentina. The Company believes its experience in Argentina and large, prospective portfolio of properties will allow it to grow its precious metal production, either on its own or with joint venture partners. Company Management is based mainly in Buenos Aires, Argentina and the Company maintains offices and support facilities in Perito Moreno and Jacobacci and its operation sites. 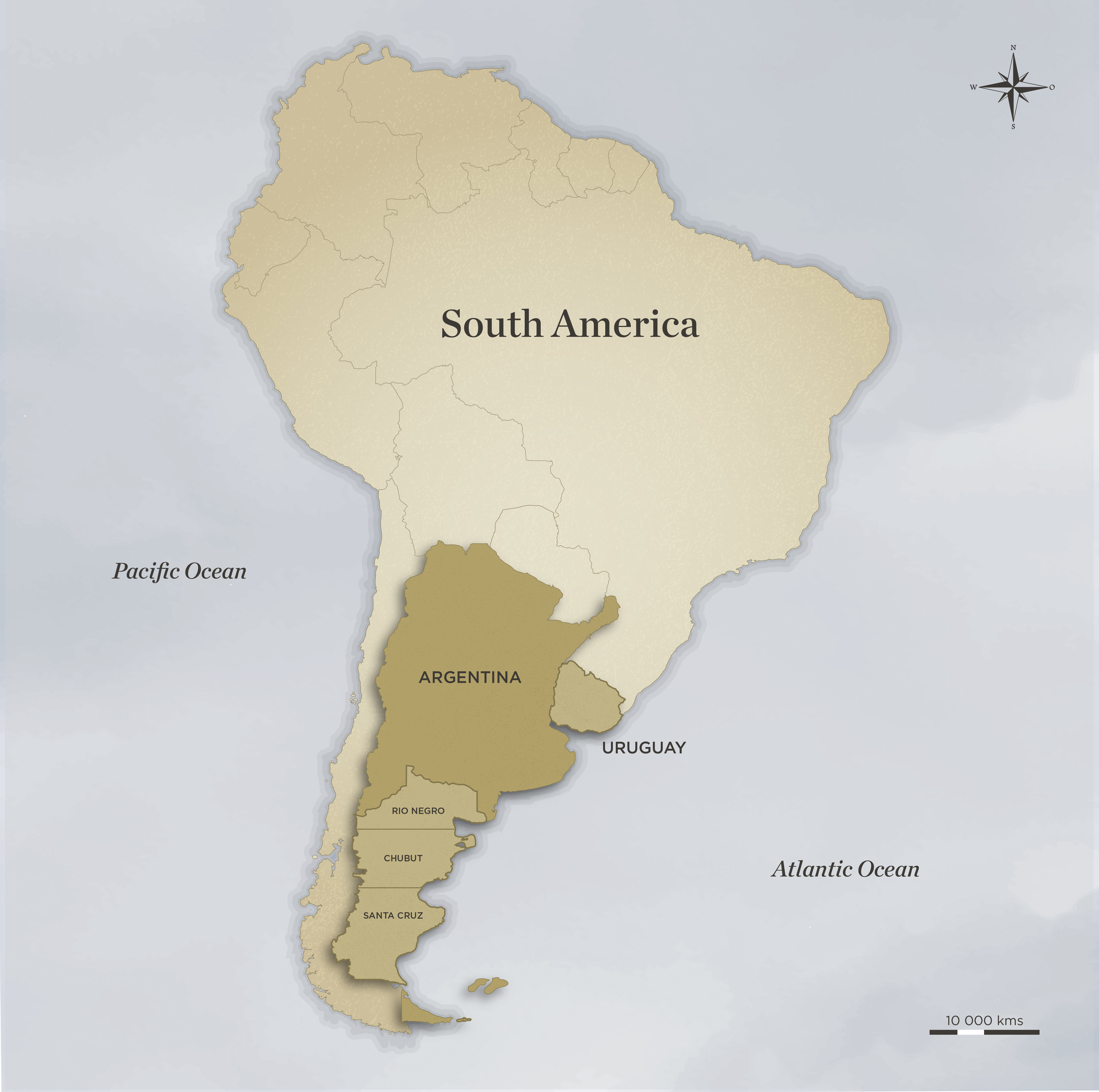 On 24 July 2019, the Company announced that, following shareholder approval, it had completed an arm’s length Scheme of Arrangement with Canadian-listed company Hunt Mining Corp. (“Hunt”) through which it had acquired all Hunt’s assets via a reverse takeover of Hunt. The enlarged company is now known as Patagonia Gold Corp. and trades on the Toronto Venture Exchange (TSX-V) under the symbol PGDC.

Following this transaction the Company holds, directly or indirectly through its subsidiaries or under option agreements, the mineral rights and interests to over 350 property in Argentina, Chile and Uruguay. These include the mineral rights to 67 properties in the province of Santa Cruz, covering approximately 190,000 hectares held by the Company’s 90%­ owned Argentinian subsidiary, Patagonia Gold S.A. (“PGSA”) and to 51 property interests covering approximately 156,000 hectares held by its wholly owned Argentinian subsidiary Minera Minamalu S.A.

Patagonia Gold is one of the largest landholders in the very prospective province of Santa Cruz. Currently, the company is producing from the Martha mine acquired, via the Hunt transaction, and continues to produce from residual heap leaching at Lomada de Leiva (“Lomada”) and Cap-Oeste (“Cap-Oeste” or “Capo”).

In addition to its large, diverse Santa Cruz portfolio, the Company’s has one of its major advanced-stage assets – the Calcatreu Project – in the Rio Negro province: a gold and silver project which it acquired in January 2018 through the acquisition of Minera Aquiline Argentina SA, a subsidiary of Pan American Silver. Calcatreu, has a resource of over one million oz AuEq and the Company’s immediate aim is to commence a drilling program to increase the existing mineral resources and advance the project to feasibility study stage.

The Company has developed a portfolio of highly-prospective, grassroots and more advanced projects, with many that exhibit the potential to host high-grade, gold­ and silver-bearing vein systems. The Company’s long-term goal is to discover world class assets through exploration and is currently focused on growing its mineral resources and advancing them into production.

Today, the Company’s operating and advanced stage properties in Santa Cruz and Rio Negro provinces contain a large inventory of silver and gold as contained in its attributable measured, indicated and inferred mineral resources (please see the table of mineral resources in the Operations section of this website).

The Company considers Santa Cruz to be a mining­-friendly province that supports active mining and petroleum industries. The volcanic plateau of the Deseado Massif, forming the core of Santa Cruz, is more than six million hectares in size and hosts several mines, including Cerro Negro, Cerro Vanguardia, Cerro Moro , Manantial Espejo and San Jose Huevos Verdes. As a result, Santa Cruz benefits from existing infrastructure and a workforce that understands exploration and mining. In addition, these projects are predominantly low Sulfidation, epithermal “bonanza” vein style gold­ and silver deposits and their brecciated equivalents. This style of mineralization is the main target for exploration in this region.

In addition to its operating and advanced-stage properties, Patagonia holds a number of advanced exploration projects in the province, covering over 133,000 hectares of prospective terrain.

The Company’s mining properties are located in the Somuncura Massif in a relevant geological and structural setting. The district contains many mineral showings along N­NNW trending belts, hosting several mines and mineral deposits, which represent different genetic models with various styles of mineralization.

In May 2017, Patagonia Gold announced that it had signed an exclusive six-­month option agreement with a wholly-owned subsidiary of Pan American Silver Corp. to acquire the Calcatreu gold­ and silver project in Rio Negro. This purchase option was exercised in December 2017 at a cost of US$15 million and the acquisition was completed in January 2018.

Calcatreu provides Patagonia Gold with the opportunity to develop a larger, longer life asset in a new, prospective and permissive jurisdiction.

Legislation in place in Chubut currently bans open pit mining and the use of cyanide. This province is host to two world class deposits; Esquel and Navidad. Patagonia Gold holds approximately 360,000 hectares in the Province of Chubut with most of our mining properties in the vicinity of the Esquel and Navidad deposits.

In addition, Patagonia Gold entered into an option agreement with Latin Metals to acquire Mina Angela located in the northern part of Chubut Province. Mina Angela is an historic mine that was previously in production. It is located along the same mineralized corridor between Navidad and Calcatreu.