The majority of the Company’s large land position in Argentina is located in the province of Santa Cruz. This province encompasses the Jurassic-aged, Deseado Massif geologic region which is home to large number of precious metal mines and prospects, including those of the Company. 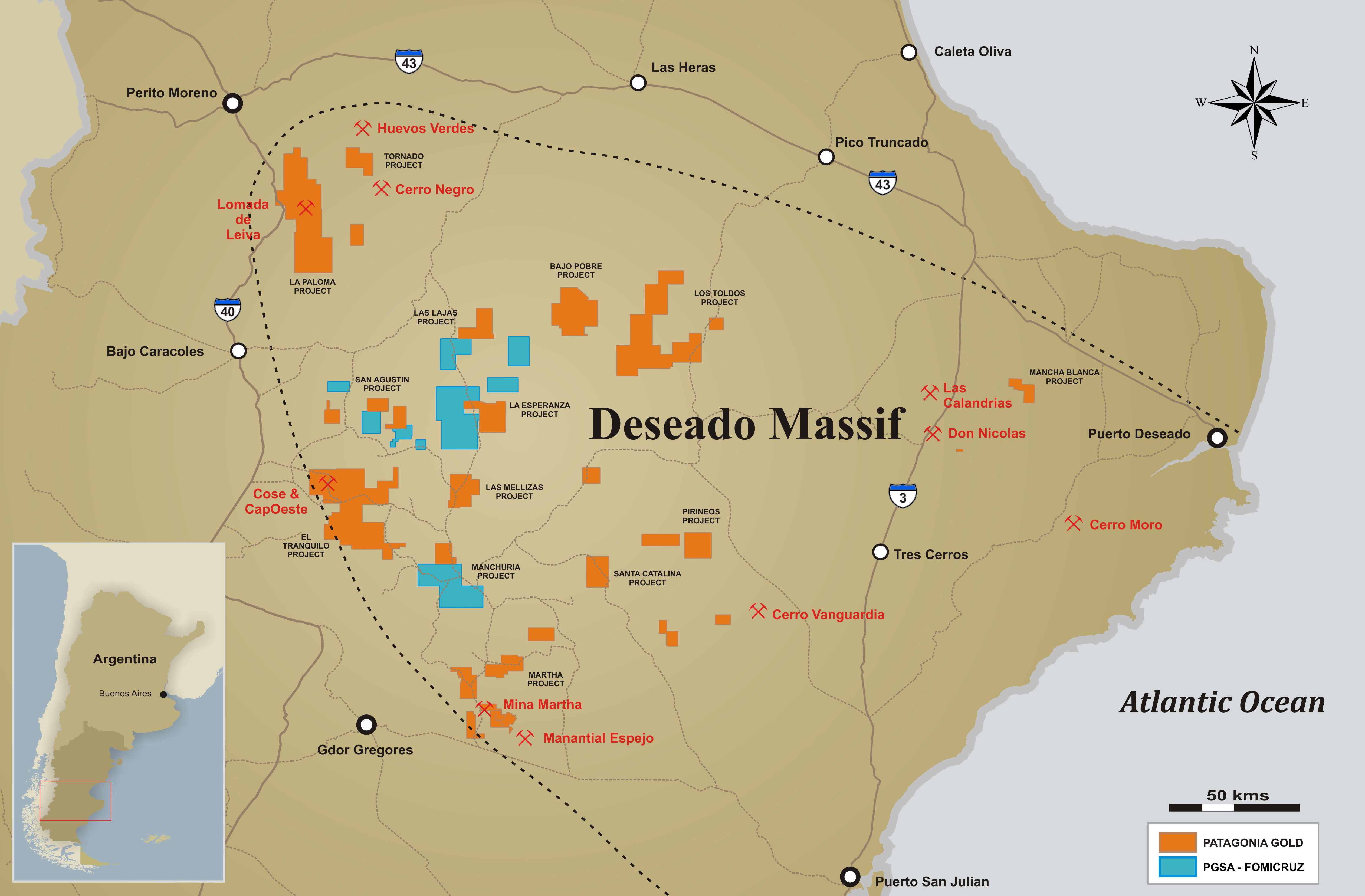 The Company considers Santa Cruz to be a mining­-friendly province that supports active mining and petroleum industries. The volcanic plateau of the Deseado Massif of Santa Cruz is six million hectares in area and hosts several mines, including Cerro Negro, Cerro Vanguardia, Cerro Moro, Manantial Espejo and San Jose Huevos Verdes. As a consequence, Santa Cruz benefits from existing infrastructure and a workforce that understands exploration and mining. In addition, these projects are predominantly low sulfidation, epithermal style gold­ and silver deposits and their brecciated equivalent. This geological trait is the main target for exploration in this region.

Patagonia holds a number of projects in Santa Cruz. Among those are four of the Company’s five principal operations and/or advanced-stage projects: Capo-Oeste in the El Tranquilo block of concessions, Lomada de Leiva (“Lomada”) in the La Paloma block, La Manchuria and La Josefina. The Company is concentrating its exploration and development efforts on three main blocks:

In addition to these three, main property blocks in Santa Cruz, Patagonia Gold controls the Martha Mill and Property and has around 20 other mining properties in the highly-prospective Deseado Massif (see map in this section).