The Bajo Pobre project comprises an extensive low Sulfidation epithermal gold/silver vein and stockwork system located in the north-central region of the Deseado Massif. The property, located 90 kilometers south of the town of Las Heras and 130 kilometers NE of the Cerro Vanguardia mine, was discovered in 1970 and has been worked intermittently by several government entities and private companies. 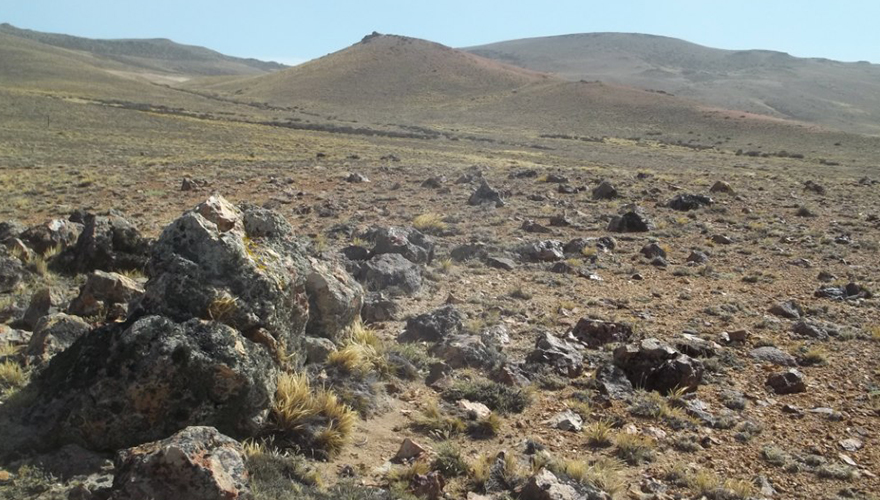 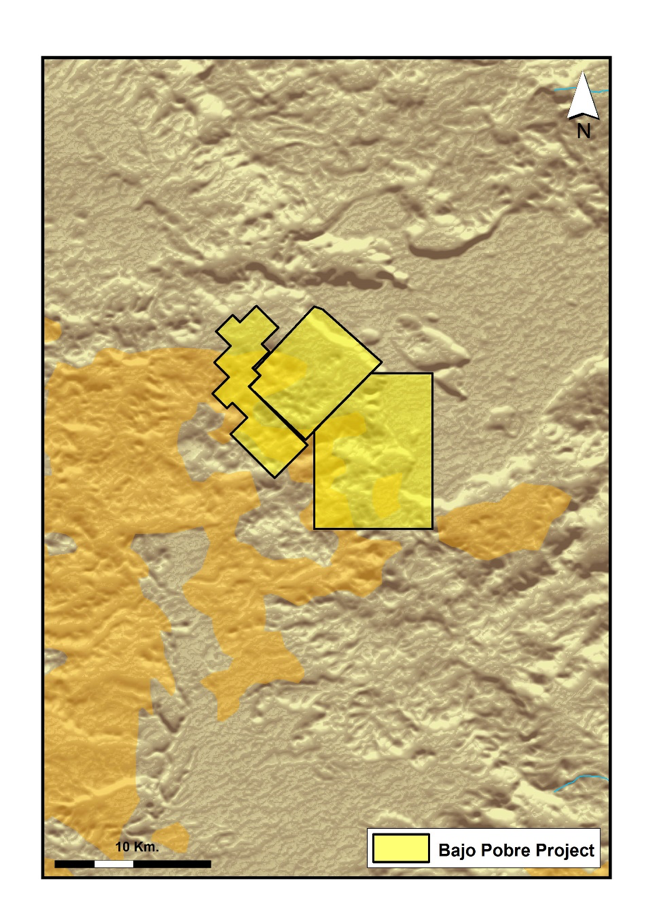 The target model for the property is high-grade gold/silver vein-type deposits such as those found at other Santa Cruz producing mines including Anglo Ashanti’s Cerro Vanguardia, Hochschild / Minera Andes’ San Jose, Pan American Silver’s Manantial Espejo and the Company’s Martha properties. The known extent of the Bajo Pobre gold system encompasses more than 12 kilometers of vein strike within a 5 square-kilometer area of intense hydrothermal alteration. The main vein system generally trends northeast and is comprised of at least five outcropping sub-parallel structures, varying between 1 and 10 meters in width, with an average outcrop width of 3 meters. These sub parallel veins converge on a hill that shows extensive stockwork, strong silicification, acid leaching, and argillic alteration. The mineralization is hosted within permeable dacitic to andesitic tuffaceous rocks of the Jurassic age Bajo Pobre Formation.

Serious exploration was not initiated until the mid-90’s with detailed geologic mapping and surface sampling. Assays from this sampling yielded values up to 40 grams per ton of gold. Drill targets identified from surface sampling were augmented in 2002 with additional targets derived from geophysical surveys. In 2003 and 2004, the property saw a limited amount of exploration drilling which tested a small portion of these targets. The specific work that was conducted from 1996 to 2004 included 62 line- kilometers of IP/resistivity geophysical surveys, the emplacement and sampling of 40 trenches totalling 2,500 meters, more than 1000 surface chip, and channel samples, and 12 widely spaced shallow drill holes.